The History of Marriage and Why it Matters

Interested in the early Church fathers' view of marriage? 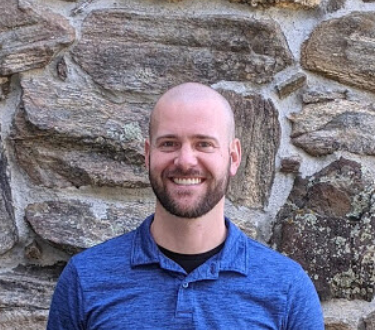 If you read that header and you are still reading then like me you are someone who iscurious about how people in history viewed things. Chances are like me you have this idea in your head that when we look at people who are closer in time to the writings of the Bible and we look at their interpretation of those writings we can learn a lot. This is one of the many reasons why sitting down and learning some church history is a rich and rewarding task! So as we go through a series on marriage it is worth asking the question, what does church history teach us about marriage? If you want to know the full answer to that you will need to do some research but if you are content to hear a snapshot for now please keep reading!

Before I go on please allow me this disclaimer. Much of what follows will touch on the subject of divorce.  This is not an email meant to admonish those of you who have gone through the pain of divorce. I know that divorce has tragically affected many in our congregation and if that describes you I want you to know in total sincerity and honesty I think no less of you. However, how the church fathers viewed marriage was in most cases framed within how they viewed the idea of remarriage.

Let’s go all the way back to the early church fathers. These are the men and women who may have known the disciples or were born within a handful of generations after the death of Jesus. These people were the first Christians to really hear the teachings of the New Testament and then apply those teachings to their lives in all areas, including their marriages.

In the years leading up to the Council of Nicaea (325 AD) Church fathers who wrote about marriage did so with the highest esteem for this one-of-a-kind covenant relationship. Given the Greco-Roman culture of the times where marriage was little more than another contract between two people that could be dissolved by either party whenever they saw fit, the early church fathers were on an opposite end of the spectrum often citing the words of Jesus and Paul to defend the permanence of marriage. So high was the Church’s regard for a husband and wife’s original vows to be married that even men such as Hermas, Justin Martyr, and Athenagoras argued that the bond outlasted death itself. (This of course does not concur with Scripture if one takes the time to consider 1 Corinthians 7:8-9 or 1 Timothy 5:14 but the point of how zealous for the permanence of marriage these early church fathers did have should not be missed.) In the end, this idea was taken to a vote by the church at the Council of Nicaea and was not adopted.

The culture that esteemed marriage so highly among Christians led to a shockingly low divorce rate among Christians for the next 2,000 years and in time marriage would even be considered a sacrament by the 13th century along with other sacraments such as baptism and communion. Christians from the beginning viewed marriage as a relationship joined together by the power of God that should not be broken by men in keeping with Jesus' own words from Mark 10:7-9.

To this day divorce rates among active church-going Christians are lower than the average in America while marriages for the same group are higher than the average. Statistically, the segments of the church where marriage is most highly esteemed divorce rates remain the lowest. This is one area that Protestants can learn a thing or two from our Catholic brothers and sisters who consistently have fewer divorces. The reason I think has to do with a culture of esteeming marriage.

Our goal at Rockland is to be a Church that esteems marriage greatly! Fewer and fewer young people even look forward to marriage nowadays because of how our culture has reshaped marriage. Let’s be one voice of truth about the gift, beauty, and holiness of marriage that can be found in a Christ-centered bond between husband and wife! Much like the early church fathers let us carry on a tradition that goes back to the beginning of the church to treat marriage as so much more than what the world wants it to be!

CHANGE THE LIFE OF A HIGH SCHOOL STUDENT IN ROMANIA
Check out the website on details of how to sponsor a student in Romania!